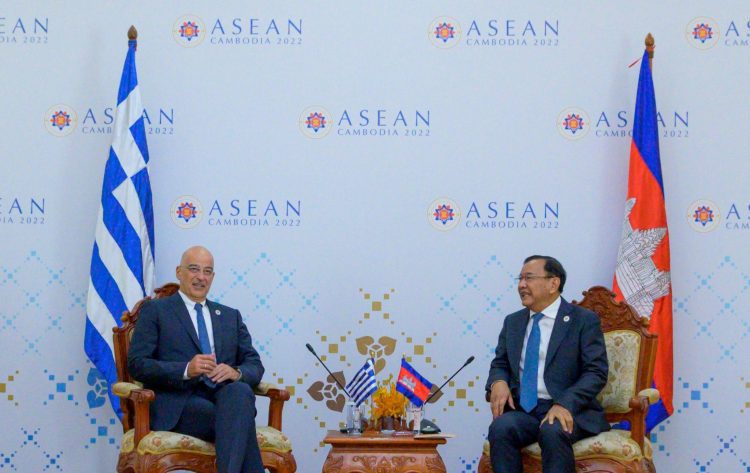 Greek Foreign Affairs Minister Nikos Dendias stressed the significance of International Law and International Law of the Sea (UNCLOS) as a stable framework at Phnom Penh on Tesday. Dendias met with counterparts on the sidelines of the 55th Association of Southeast Asian Nations (ASEAN) foreign ministers’ meeting (July 29-Aug. 5) held in Cambodia. In a statement during his participation at the conference, Dendias pointed out “the need to have a stable framework which safeguards free navigation, as well as safety and cooperation in the maritime environment.”

The Greek minister also signed a Treaty of Friendship & Cooperation with ASEAN.