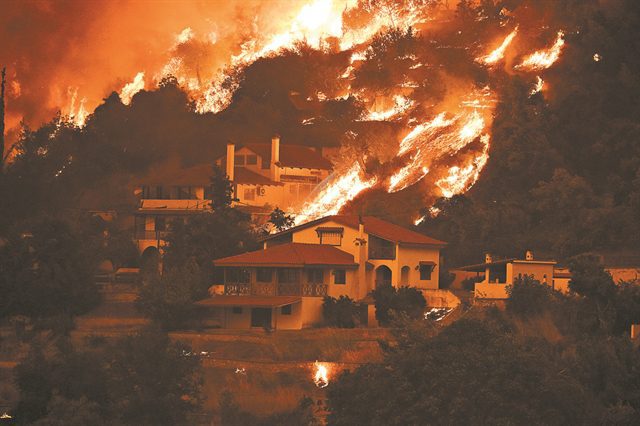 The wildfire that was burning for 16 consecutive days at the national forest of Valia Kalda between the villages of Vovoussa and Perivoli was finally set under total control.
According to the chief of Grevena Fire Brigade Antonis Kelaidopoulos, the fire has been contained while a five-member team of firefighters remains in the area. He also said that strong rain fell on Saturday in the area of Valia Kalda, something that facilitated the work of the firefighters.

It is noted that it was a crawling fire that burned low plantation and scrubland. The forest of robola and black pines were not affected.

“The joint operation of Greek and European firefighters had been very constructive sealing that the pre-positioning pilot programme implemented by the European Civil Protection Mechanism with the support of European Commissioner and Commissioner Janez Lenarčič, is an innovative programme that
allow to the EU countries to join forces before the challenges of he climate crisis” the Fire Brigade said in an announcement on Monday.

Over 200 firefighters from Bulgaria, France, Germany, Romania, Norway and Finland gradually operated in Greece in the period July-August and continue to contribute to Greece’s fire protection by exchanging valuable knowhow with their Greek colleagues.