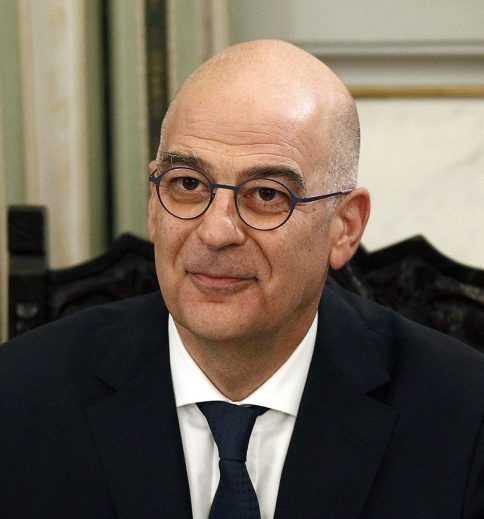 Foreign Minister Nikos Dendias sent a clear message that Greece’s national sovereignty and territorial integrity are beyond dispute, in an interview with the Sunday edition of Eleftheros Typos.
Dendias also said that against the escalating threat from Turkey, Greece has chosen to address with determination and calmness the documented
arguments that are based on the international law and the law of the sea.
He also estimated that Turkey’s provocative behaviour, as it is expressed both at rhetorical and specific actions, is not a short term phenomenon that could be explained simply by the electoral needs of the Turkish leadership. On the contrary, it appears to be a structural characteristic of the current Turkish foreign policy that is serving with consistency its revisionism narration.
On the possibility of a dialogue, the foreign minister underlined that constructive and substantial dialogue can’t exist in the toxic environment created by the Turkish provocativeness. “Constructive dialogue can only be carried out on the basis of equality, based on the International
Law”.
Referring to Libya, he pointed out that due to its geographic vicinity it could be a natural interlocutor of Greece. “After the two agreements we have
signed in 2020 with Egypt and Italy respectively on the delimitation of the EEZ, Libya is now between two totally legal delimitations” Dendias
said and expressed his hope that after the elections in Libya, the new government will start and complete the debate with Greece on the delimitation of the maritime zones in a legal way.