Dear Neighbor,
Last week was a busy time in Washington, D.C. While the vast majority of activity centered around partisan spending packages, we were able to find bipartisan common ground on legislation to increase funding for disabled Veterans and to strengthen our national security. You can read more about these and other actions in my update below.

Also, I want to remind you that today is Gold Star Mothers’ Day. I will be joining some of our local Gold Star Families later this afternoon to remember, honor, and celebrate the memory of our heroes who lost their lives defending our democracy. May their service and sacrifice never be forgotten! 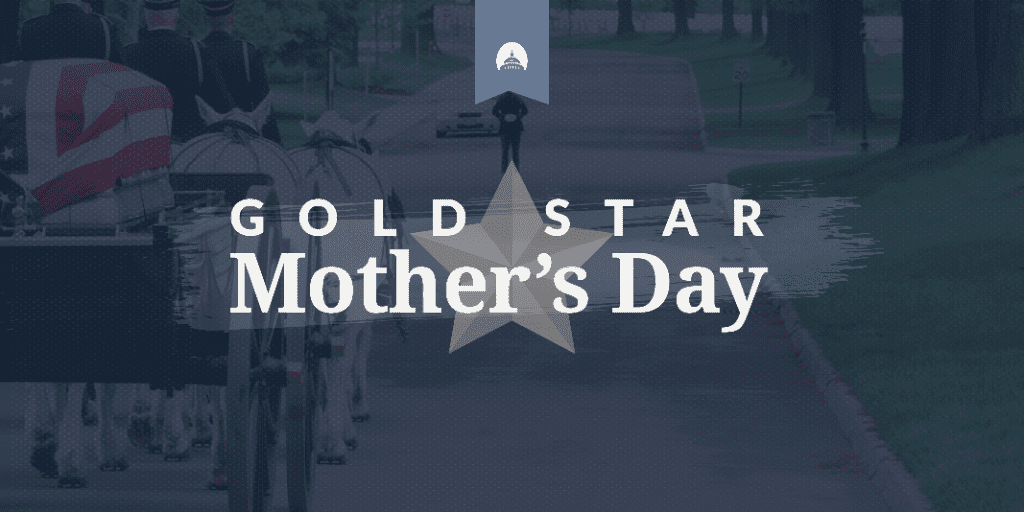 Saving Lives We must make sure patients who are exposed to COVID-19 understand the value of monoclonal antibody treatment. Click here to learn more about my experience with the treatment.  The federal government should not be arbitrarily rationing these life-saving monoclonal antibody treatments! My colleagues and I urge HHS to reverse its decision.  Click here to read our letter.

Advocating for our Heroes Last week, I voted in favor of bipartisan legislation to increase VA disability compensation payments. The percentage increase will be tied to Social Security Cost of Living Adjustments for this year, which should be announced next month.  Our Veterans and seniors deserve these increases as they are grappling with rising inflation. 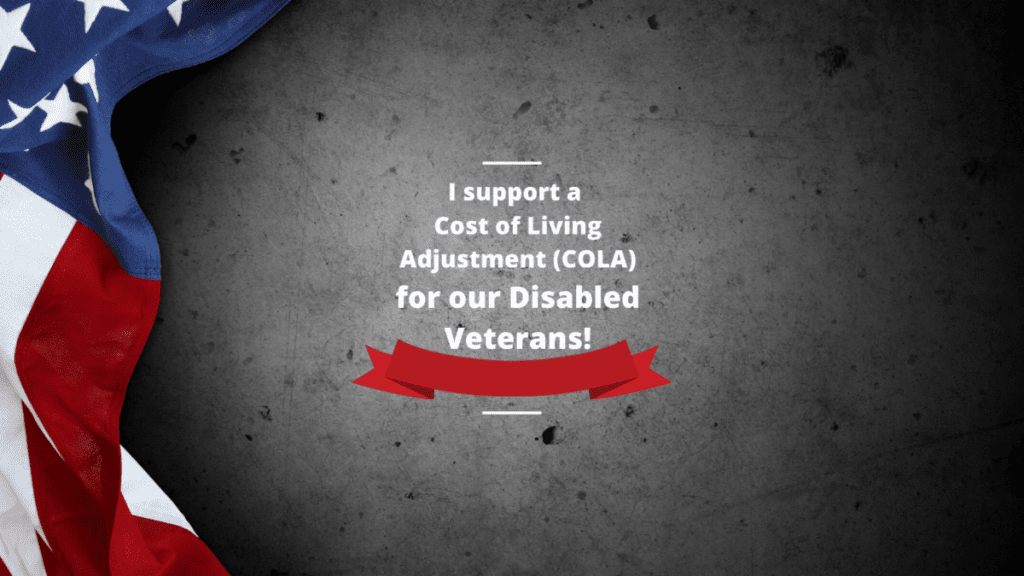 Also, in what has become a very polarized political climate, I am relieved to see bipartisan agreement on passage of this year’s National Defense Authorization Act (NDAA), which I supported. While I was disappointed that my efforts to address the issue of concurrent receipt were not accepted, the overall package will strengthen our nation’s military readiness and provide well-deserved increases for military families.

The final bill included two provisions I co-authored with Congressman Ruiz. The first, the DOD Burn Pits Health Provider Training Act implements mandatory training for all medical providers on the potential health effects of burn pits. The second provision, the Reducing Exposure to Burn Pits Act requires the DOD to include an estimate of funding dedicated for incinerators and waste-to-energy disposal alternatives to burn pits.

We still have a long way to go as it relates to ensuring Veterans exposed to burn pits have access to the care and benefits they have earned, but these two provisions will go a long way in helping to stop new exposure and the early identification of negative health impacts. Passage of these provisions is a huge step in the right direction.
The final package also included a provision I authored to direct the U.S. to cooperate with Nigeria to help combat violence and human rights violations by Boko Haram and other terrorist organizations who persecute others based on religion or ethnicity. 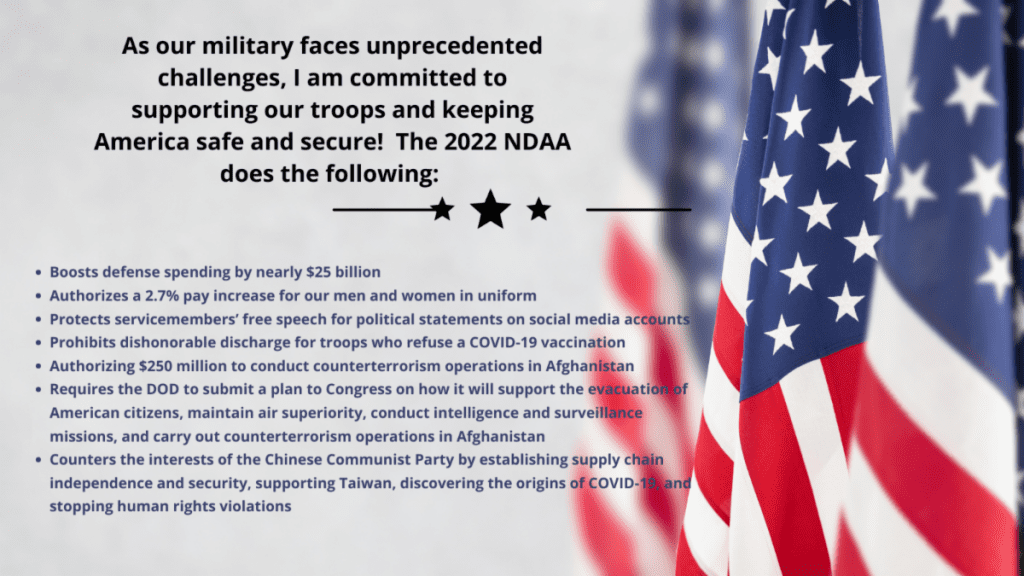 Additionally, in last week’s VA hearing, the Committee considered legislation I have authored to ensure the transfer of GI Bill benefits to a surviving family member when a Veteran has died prior to completing the benefit transfer process. I’ve named this bill after retired Colonel Jim Turner, a resident of Clearwater, who died before completing the process of transferring his GI Bill benefits to his daughter.  His daughter has not been able to use her father’s benefits as he intended. This is a problem we must rectify, and I am grateful to see the committee carefully contemplating my proposal.
Remember, we all can play a role in reducing Veteran suicide. I encourage you to reach out to the Veterans in your life and our community. Let them know you appreciate their service and that they aren’t alone. If you encounter a Veteran who is struggling, call the Veteran Crisis Line at 1-800-273- 8255, and select option 1. 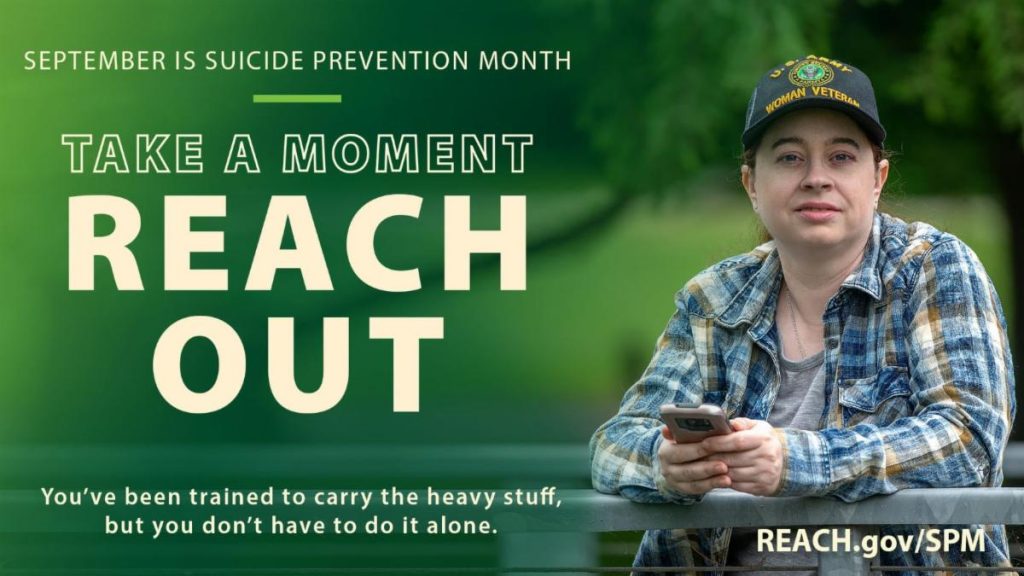 Protecting Children Protecting our children from the harmful effects of social media should NOT be a partisan issue. Sadly, my amendment to help bring additional light to this issue failed on a partisan vote. I will not stop working to protect our children, empower parents, and hold Big Tech companies who jeopardize children’s well-being for profit accountable for their egregious behavior. Click here to learn more.

Creating a National Privacy Standard We have an obligation to create a national privacy standard and to provide a roadmap for the FTC to implement those standards. Speaker Pelosi’s plan to give $1 billion to this agency without any accountability or Congressional guidelines is irresponsible at best! I fear it will embolden bureaucrats to use it as a slush fund for more burdensome regulations.  Click here to learn more.

Alienating our Allies Alienating our allies seems to be a recurring theme with the Biden Administration. First, it conducted a deadly, irresponsible, and hasty withdrawal from Afghanistan without properly notifying our allies. Now, for the first time in American history, France is recalling its Ambassador to the U.S. This is not my idea of what effective diplomacy looks like!

Addressing the Border Crisis Over the past few days in Del Rio, Texas, there has been nothing short of a catastrophe as over 30,000 migrants have surged the border, draining resources, disrupting the local community, and highlighting the humanitarian crisis that has unfolded because of Biden’s open border policies. We need to strengthen border security and enforce our laws uniformly- which mean no illegal entry to the U.S. by anyone! 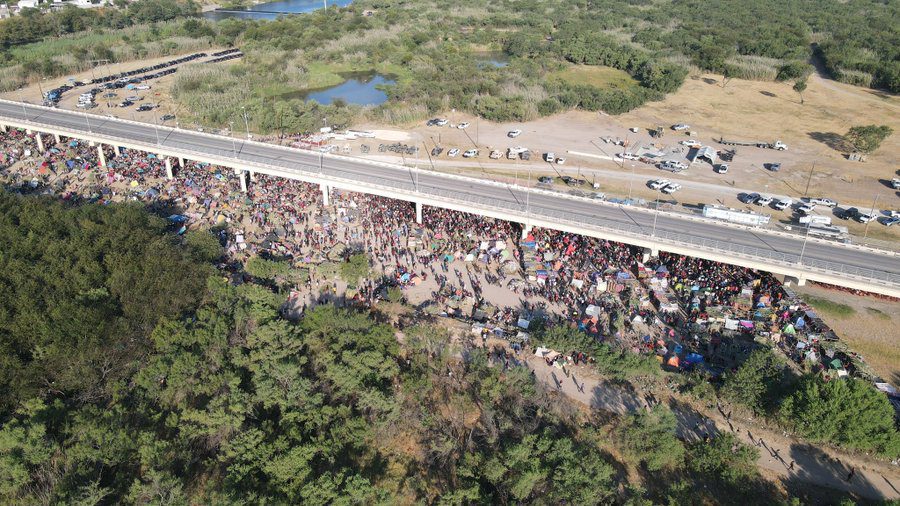 U.S. Customs and Border Protections announced 208,887 border apprehensions at the southern border in August. That is a 317% increase from last August and the latest sign that President Biden and the Democrats’ open border policies have created one of the worst border crises in history. 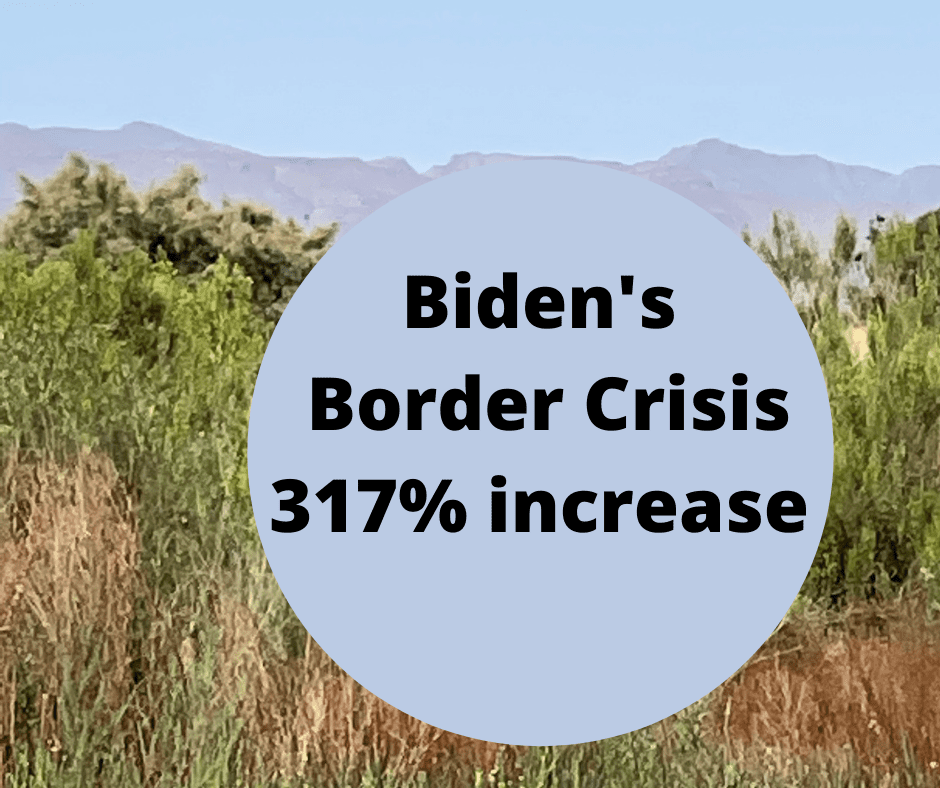 Fighting for a Cure As someone with a loved one suffering from Alzheimer’s disease, I understand the emotional, physical, and financial impact this debilitating illness has on patients and caregivers. We must continue to support federal investment in research to develop better treatments and cures. 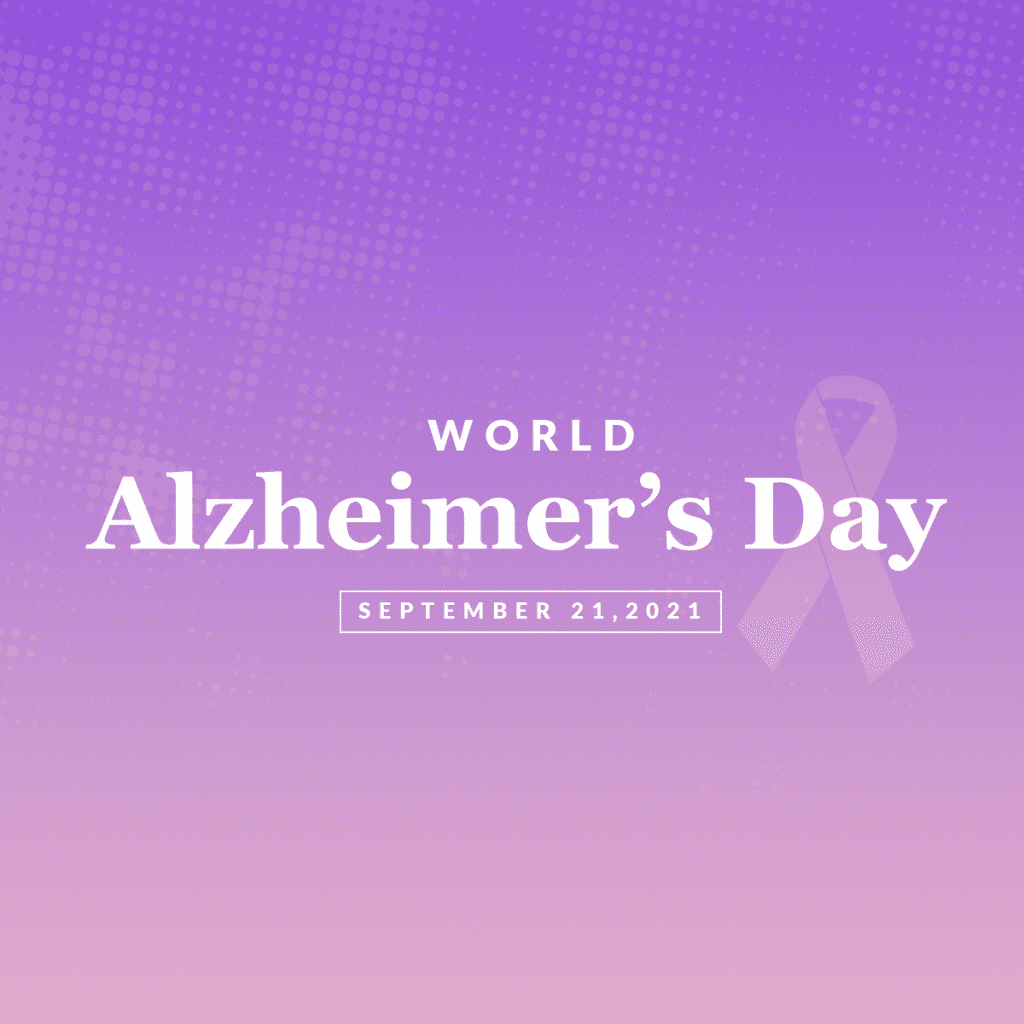 Preventing More Government Overreach My colleagues and I are fighting the latest example of government overreach into all aspects of our lives. With this new power grab, the IRS would collect data on millions of Americans, which would pose a tremendous burden on small financial institutions. Specifically, the proposed rule would require financial institutions to report any transaction or deposit over $600.00 to the federal government. This would place an extreme burden on lenders, particularly small, community banks.  Of equal importance, this Administration has demonstrated a consistent inability to safeguard the sensitive data it already possesses. Why on earth would we trust it with ensuring the privacy and security of millions more Americans’ financial data?” Click here to learn more

Defending Life Last week the House passed a disgusting bill that would pre-empt any prior federal laws or state-level restrictions on when an abortion could be performed, including partial-birth or late-stage abortions. As someone who believes in the sanctity of life, I am vehemently opposed to this proposed legislation.  Click here to learn more.

Supporting Small Businesses
Small businesses are the backbone of our economy. Each weekend, I highlight the success of newly-opened or expanded businesses in our community. Congratulations to our local job creators and best wishes for continued success in your venture! My team loves the opportunity to celebrate with you! Matthew Zambrana, owner of Rhino Smash Sauce Co. started his new, small-batch hot sauce company at the Smart Start Incubator in Dade City. He recently won the People’s Choice Award at the I Like it HOT! Festival and is rapidly growing is small business. 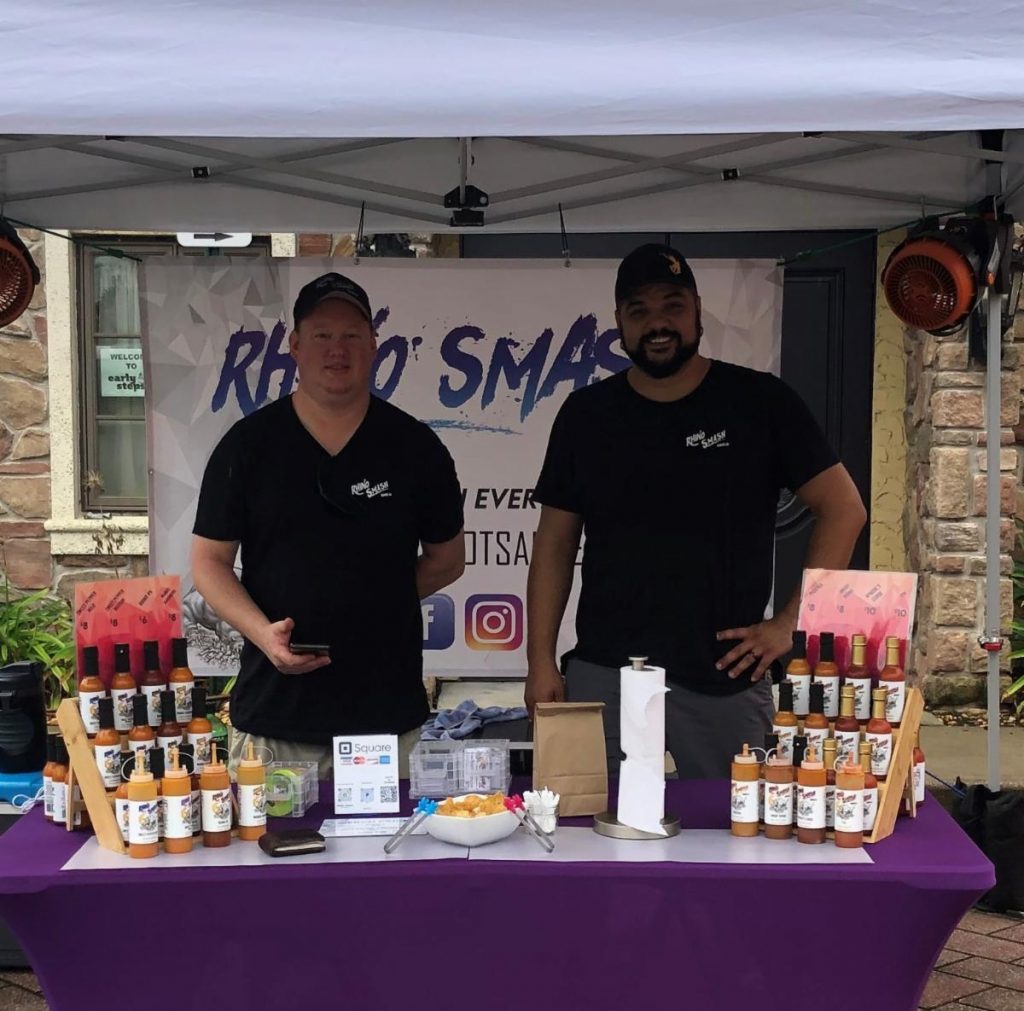 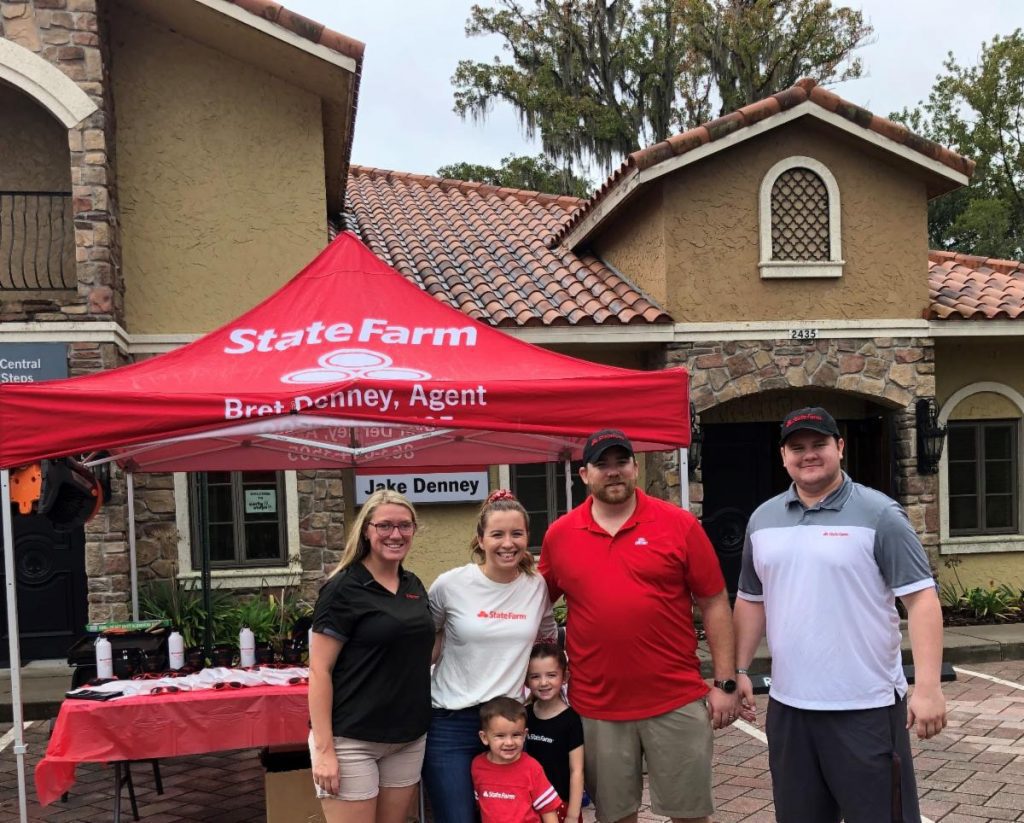 Constituent CornerThe message below was sent from a constituent in New Port Richey after a member of my team helped his dad secure a timely appointment at the VA.
Thank you for helping my dad get an appointment at the New Port Richey VA clinic. We had been calling for a few weeks and kept getting voicemails and empty promises for a returned call. We had an appointment within 48 hours of first calling your office for help. Thank you for all you do to help veterans in our community.

This is just one example of the work we do each day. Constituent services are a critical element of our congressional office. The federal government is a massive operation, and my office is available if you ever need assistance in navigating the bureaucracy or cutting through red tape. We are here to serve you!