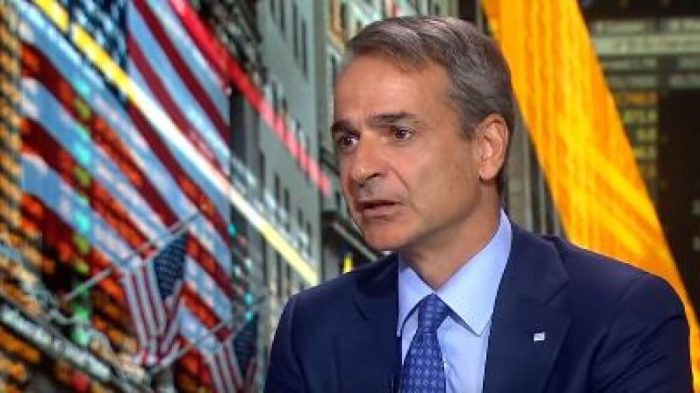 PM Mitsotakis: The reunification of the Parthenon Sculptures is possible

LONDON (ANA-MPA/N. Mourelatos) – “I believe that it is possible to win the majority in the next elections. My opinion is that the country needs a government that makes decisions quickly and I have proven that a one-party government does not prevent
the participation of executives from other political areas,” Prime Minister Kyriakos Mitsotakis said late on Monday in London and ruled out the possibility of a post-election cooperation with the far right.

Mitsotakis referred to the reunification of the Parthenon Sculptures, saying that it was possible and that he sees progress on this issue but does not wish to adopt a public position, during the discussion he had with the head of the Hellenic Observatory at the
London School of Economics, Kevin Featherstone. “It is possible that a mutually beneficial solution can be found, the Parthenon
Sculptures can be reunited and at the same time the concerns of the British Museum can be taken into account. I understand that there is momentum, I am consciously talking about reunification of the Sculptures and not about a return,” Mitsotakis noted.
“The threats from Turkey and the questioning of the Greek sovereignty of the islands of the Eastern Aegean are unacceptable. We have made it clear that we are open to dialogue, but we will not accept a violation of our national sovereignty and sovereign rights, nor will we accept a fait accompli,” explained the prime minister, when asked by Kevin Featherstone about Turkey’s attitude towards Greece.
It was important that Greece had convinced its allies in Europe and the USA that more than just the protection of Greek sovereignty is at stake, Mitsotakis emphasised, but also overall stability in the Eastern Mediterranean, and he insisted that “our only difference with Turkey is the delineation of maritime zones and this can be resolved on the basis of International Law,
as long as Turkey shows good will.” In fact, Mitsotakis directly accused Turkey of using migration as a tool by pushing, as he said, desperate people towards the GreekTurkish border. “Unfortunately, the problem continues to this day, we have called on Turkey
to return to the spirit of the 2016 EU-Turkey agreement,” Mitsotakis said.
The prime minister insisted that against the background of the Russian war in Ukraine, the European Union emerges geopolitically more united, however he reiterated that on the front of the energy crisis, “a stronger European response against Russian blackmail” is still being sought and he noted that Greece has quite early on submitted to the European dialogue its proposal to impose a cap on the international price of natural gas.
“We have made progress in this area as well, however, we still have a way to go,” noted Mitsotakis. The prime minister also defended the reforms promoted by the government: “We now own the important reforms we are promoting”, he said and emphasised that the markets applaud the government’s choices in the economic sector, adding that in 2023 the growth rate in the
country will be three times the European average.
In response to a question about the issue of wiretapping, the prime minister repeated that although the monitoring via an interception of the mobile phone of then MEP Nikos Androulakis was legal, it should not have happened, hence the resignation of
government officials involved.
Mitsotakis distinguished between lawful interceptions and the operation of malware and illegal software and emphasised that with the bill introduced by the government, “filters” are added, such as the approval by the president of the Parliament.
He also noted that Greece was the first country to explicitly ban the sale and distribution of such software, while saying he
was “almost certain” that it had been used in the country before New Democracy came to power.