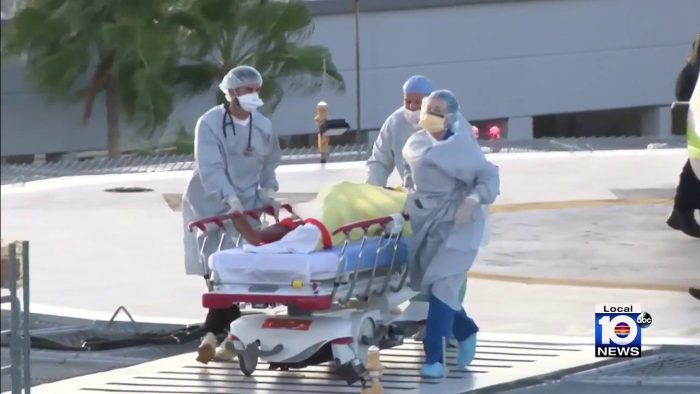 Miami Gardens police are investigating a shooting that occurred over the weekend, injuring multiple people and leaving one victim dead.

The shooting occurred just before 6:30 p.m. Saturday in the area of Northwest 24th Avenue and 163rd Street.

Witnesses told Local 10 News that a group of people were sitting on crates on a sidewalk when someone opened fire, hitting multiple people.

The bullets riddled a nearby electrical box and even hit some nearby homes.

Blood stains were seen spread out along a sidewalk after investigators said several people were shot.

Local 10′s cameras were there as one of the victims was transported to Jackson Memorial Hospital.

Relatives of the victim who was killed identified him as 31-year-old Jarred Bostic, who was the youngest of five brothers and two sisters.

They said he leaves behind a 7-year-old daughter.

“I hurt for the families of the other guys that were hit but my heart is hurting for my brother,” added Harrell.

Miami Gardens police say they don’t have any suspect information at this time.

Anyone with further information is asked to call Miami-Dade Crime Stoppers at 305-471-8477.